Join VIP for our new project!

As part of FACT’s FOLLOW exhibition Gallery 2 has been transformed into a “Creator Space”. It currently has a working green screen studio to give the public a chance to get hands on with a process that is very widely used within the Television and Film industries.

If you would like to come and be involved, sessions are running at FACT on Wednesdays, starting at 1:30pm until 4pm.

Veterans In Practice is holding a number of workshops every Wednesday over the next couple of months to give veterans the chance to get to use this technology. The sessions aim to create short films addressing the portrayal and perception of military veterans in modern society.
You will have the chance to Write, Shoot, and Edit to gain a full understanding of the green screen process. 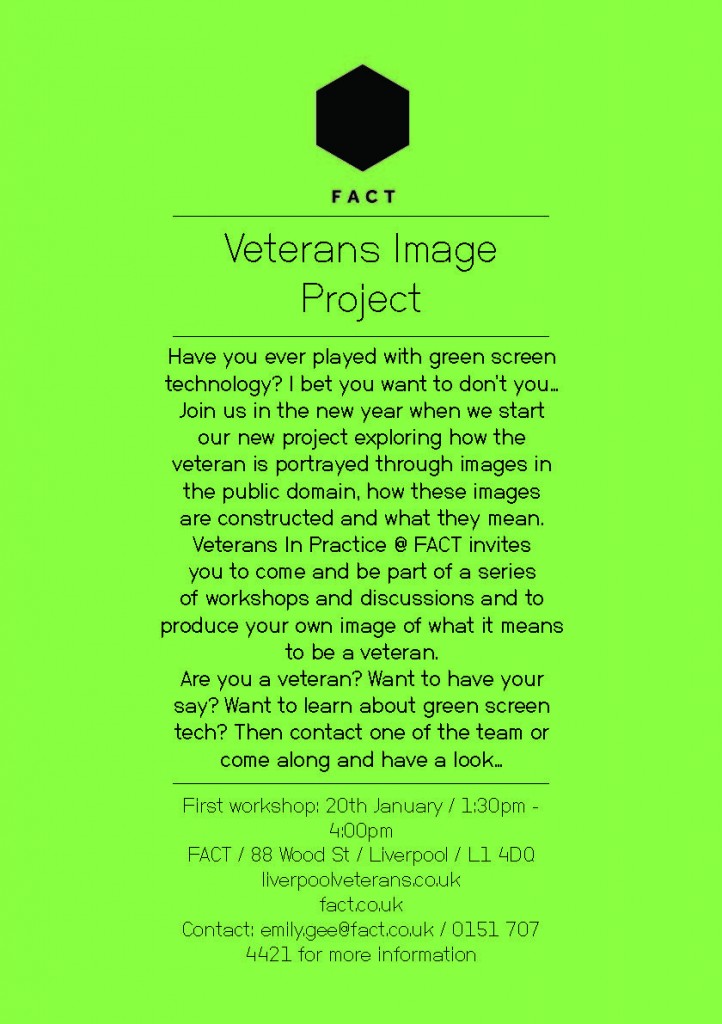