Tight Modern, run by Creative Future www.creativefuture.org.uk, is an Arts Council and Lottery funded project to showcase the talents of 60 marginalised artists.   Modelled on the iconic old Bankside Power Station, now London’s Tate Modern, it is a touring miniature replica of that building and probably the worlds smallest temporary Modern Art Gallery. 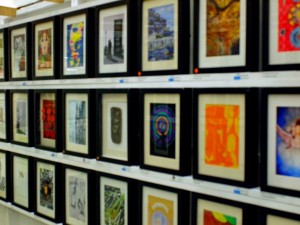 Members of the public can vote for their favourite 3 artworks by filling in a voting slip, buy the framed original pictures for £50 each or prints at £15, a percentage of which goes to the artist.  At the close of the exhibition; prizes of £250, £175 and £75 will be awarded to the public’s favourite three in January 2015.


When I found out my “Right On The Torch” picture was one of the 60 chosen to be exhibited in the 2014 Tight Modern exhibition I was over the moon.  I was doubly pleased as a life long fan of the music as it also coincided with the release this year of the film Northern Soul.  To Northern Soul fans The Torch Soul Club Stoke-on-Trent, along with Manchester’s Twisted Wheel and Blackpool Mecca is as famous as Wigan’s Casino.  The picture I used for the main part of my artwork was taken in London after a Northern Soul Allnighter this year in London.

The 2014 Tight Modern exhibition started at the Brighton Fringe in May.  Then it was moved to The Ortus in London, as part of the Creativity and Wellbeing 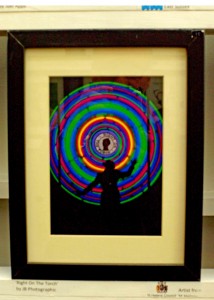 Week, after which it was at The Tower Gallery in Eastbourne.  This years final venues for the exhibition will be touring the libraries of St Helens.  Starting on World Mental Health Day it will be at the Central Library 10th October – 8th November, Chester Lane Library 14th November – 3 December, Parr Library 5th – 16th December before finishing at Rainhill Library 18th December – 6th January 2015.  Don’t miss the opportunity of seeing this truly unique exhibition.