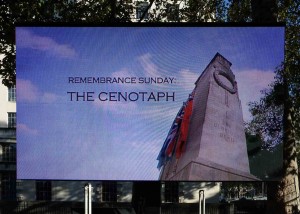 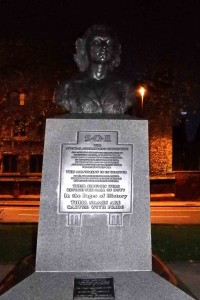 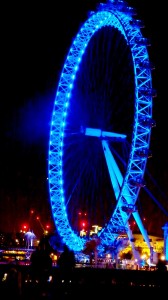 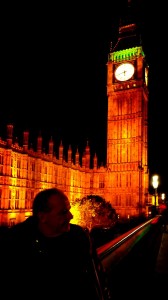 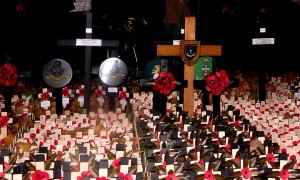 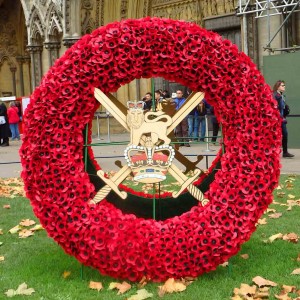 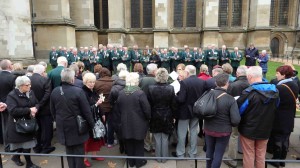 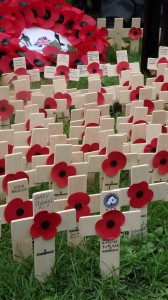 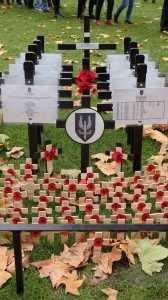 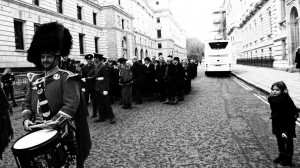 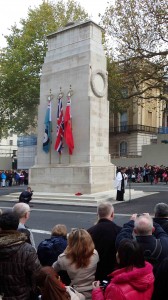 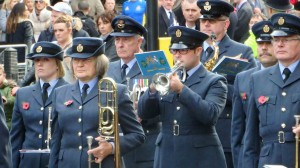 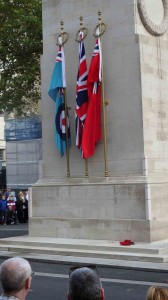 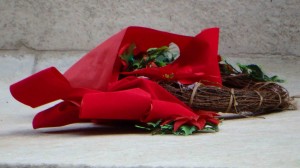 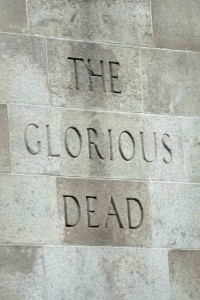 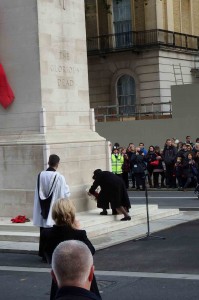 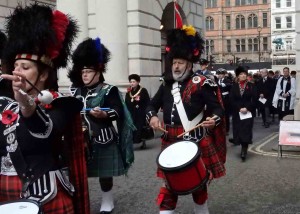 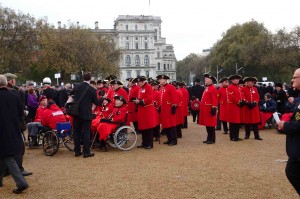 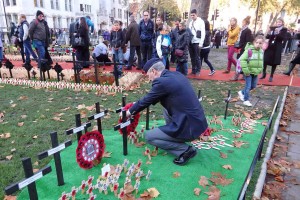 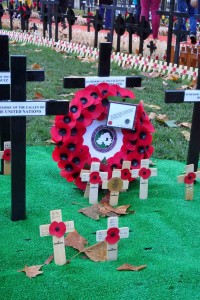 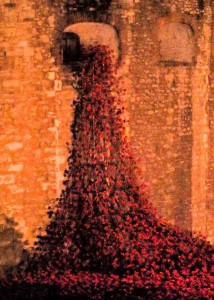 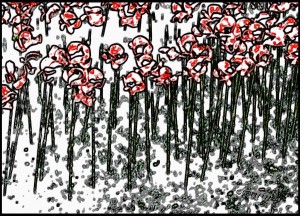 The Remembrance weekend started for me at home about 1100hrs on Friday 7th November as I caught a local train in time to catch the London bound train from Liverpool. In London I met up with a Norwegian Contingent who were laying a wreath at the SOE Memorial on the South Bank of the Thames, I’d have to kill you if I told you where, (try Google)!

SOE was set up during WW2 with a briefing from Churchill to “Set Europe Ablaze”. The memorial, dedicated to those agents who lost their lives or who survived the war, has a bust of Violette Szabo on plinth, a childhood heroine of mine. Remember the Sunday afternoon war films, “Carve Her Name With Pride”, “Ill Met By Moonlight” and “The Hero’s of Telemark”? On the plinth the dedications on the sides are to the French Maquis, The Hero’s of Telemark and on the front it says “In the pages of History THEIR NAMES ARE CARVED WITH PRIDE”.

I was proud to be with the Norwegians as they laid a wreath to their fellow countrymen and women, as I remembered the Pilots of The Glider Pilots Regiment, RAF and Royal Australian Air Force tug aircraft crews and the Airborne Royal Engineers killed on OP FRESHMAN, the failed attack on the Norsks Hydro Plant at Vermork, in Norway.

Afterwards I accompanied the Norwegians to Westminster Abbey to meet up with the Green Howards, now part of the Yorkshire Regiment, to lay another wreath. King Harald V of Norway was the last Colonel in Chief of the Regiment before amalgamation. In Basic Training, I was a QLR, a Lancashire Lad, my Platoon Commander was Kings Regiment, my SGT was Duke of Wellington’s and my CPL a Green Howard, Kings Division, Lancashire & Yorkshire, the Wars of the Roses.

Saturday morning I returned to Westminster Abbey in time for the 1000hrs memorial service for the Royal Ulster Constabulary, Police Service of Northern Ireland and shortly afterwards the Ulster Defence and Royal Irish Regiments.

At 1230hrs The War Widows and Orphans have a wreath laying service at the Cenotaph. They march on behind a Pipes and Drums Band of Southern Highlanders followed by an RAF Band, something you don’t see on the TV, I wonder why?

Sunday it’s the main event, I arrived at Horse Guards with an ex AAC Pilot who was marching with the main AAC contingent and collected the Northern Ireland Veterans marker. It’s a bit chaotic as all those marching arrive but as usual it generally works itself out in the end and after the rain showers of the previous days, Sunday was perfect.

My only disappointment was that “We Will Remember Them” seemed to be missing from this years service; I thought that was the whole point of us being there?

‘They shall grow not old, as we that are left grow old, Age shall not wary them, nor the years condemn. At the going down of the sun, and in the morning We will remember them.

In the evening I returned to the Cenotaph, Westminster Abbey and then later still viewed the ceramic Poppies at the Tower of London.  JB