In 1976 I joined the Army, a year later I was in Northern Ireland, patrolling the countryside and streets of Crossmaglen, Newry, Newtownhamilton and Forkhill in the “Bandit County” of South Armagh.  While I was busy avoiding being one of the six causalities my Infantry Regiment had been told to expect, my civilian Northern Soul friends were going to Wigan Casino.

In the week two films are showing that I have personal knowledge of, 71 and Northern Soul, I am pleased it was the later one I got to see in the Box at Fact on Sunday 19 October, with a Northern Soul friend of mine. 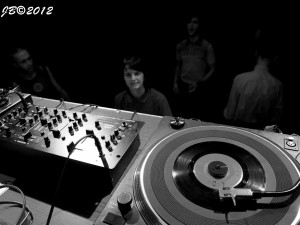 They’d had to put on an extra 1420hrs showing to cope with demand.  As both of us had been regulars before, after the 1974 setting of the film and at Soul nights ever since we found it a very good depiction of youth clubs, great music and the seediness of 1970’s Britain and the Soul Scene in particular.  My friend was moved to tears on a couple of occasions as she remembered incidents from her past.  As our feet moved to the beat and we clapped in all the right places to the music, it was fun spotting the young Northern Soul kids we now both know and used as extras in the dance scenes.  Thankfully the film used great tracks, everyone I have in my record box, to accompany the simple script rather than be to truthful and include some of the truly awful records sometimes played at Wigan Casino.  Like it says before the film starts, if you weren’t there you’d wish you had been.  Even Mark Komode has made it his film of the week, praise indeed.  Don’t Keep the Faith Spread it!