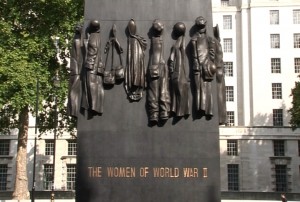 Well I’ve been away from the group for a while but nice to be back and see the lads and also meet the new guys .

we had a brain storm-er on Wednesday about the next project which will involve some sort of connection with the 100th anniversary of the “war to end all wars” 1914 – 1918, we came up with a few ideas to say the least ! we spoke about monuments around the city and Paul bless him, not being a native gave us a map of the city center and asked us to mark the monuments we knew  okay!! you point at a place on the map and we will tell you what monument is there  ?????? was the look on his face then we explained that in Liverpool there are hundreds of monuments honoring those who gave their lives for  King/Queen and country from all arms of the services and from other counties that fought for this country Canadians,Australians,polish,Irish the list go’s on, but what struck me was the total lack of monuments dedicated to the women of both the city and the country who not only served in the forces but those who kept the country going , they rolled up there sleeves and took on the jobs of their husbands, brother,  sons, the only monuments you will find are those that where erected privately and there are very few of them.

The only national monument for women was erected in 2005 in London,( well that didn’t take long then) no other City in the country has a dedicated monument to those women who not only fought but kept the country going and for me that is a big wrong that needs to be redressed especially in this city that has so much pride in it’s son and daughters.

So next week we should have a better understanding of where we are going with this project  so watch this space.