So what do we mean by Memorial? The plaques, the monuments, the wreaths, the poppies? What do these make us think of? Should memorials be a proud salute to those who died or a stark reminder of the perils of war Is any memorial enough to replace even a single life, let alone the masses they represent? What should be remembered most, the “glory” of their deaths or dismay of their loss?, remembering not only those who have laid down their lives, but those the left behind…

What memory is kept for the wives, the lovers, sisters, mothers, brothers, the sons the daughters? What memory for the toll on the humanity of those of who return. The tragedy of the living. These people want no sympathy but require the nations understanding to elevate. The cost of War goes way beyond the financial and the cost in lives far exceeds any recorded total. In fact to my mind when considered in these terms, its cost can’t be justified- but that is another argument. I was fortunate enough not to have taken life, but my soul is stained by the desire I held to do so. I wasn’t just prepared to kill I was actively seeking it. Caught up in the “glory” of what I was doing. It was extremely painful to find that the “glory of war” is like an Easter egg. Shiny, decorated, enticing- hollow. But a necessary lesson none the less. My Granddad was a captain in the Merchant Navy and he always said of fighting and war “at the end of the day after all the fighting’s done, they’ve still got to sit down and talk about it.” Too true Granddad, too true.

The biggest symbol of remembrance at present is the red poppy. The image comes from the poppy fields of Flanders where so many found their final resting place and the poem by written By Lt Col John McCrae, a Canadian doctor who wrote it shortly after losing a friend at Ypres.

In Flanders’ fields the poppies blow
Between the crosses, row on row,
That mark our place: and in the sky
The larks, still bravely singing, fly
Scarce heard amid the guns below.
We are the dead. Short days ago
We lived, felt dawn, saw sunset glow,
Loved and were loved, and now we lie
In Flanders’ fields.
Take up our quarrel with the foe;
To you from failing hands we throw
The torch; be yours to hold it high,
If ye break faith with us who die
We shall not sleep, though poppies grow
In Flanders’ Fields.

While it is understandable that the Lt Col wants to “throw the torch”, especially after losing a friend, I’d have hoped by now that cooler and more rational heads would have prevailed. Sadly it would seem that this is not the case, as is evident from the numbers of the public and politicians who still cry “to war”. To those people I would say if you aren’t prepared to go yourself, then don’t ask anybody else to go. And to those who say “I would go” without any real thought or experience, allow me to knock it before you try it. Just this once.

Below is an extract from the ppu.org website. It tells the story in brief of how our current Remembrance Day traditions began to move from their original undertones of highlighting the horrors of war as a form of deterrent, to being used more as justification for it, through glorifying the sacrifice of life.

Extract from ppu.org- written nicely so I won’t alter it.

“The British Legion designed Remembrance ceremonies is deeply rooted in the history of the Peace Pledge Union. The PPU’s original pledge – I renounce war and will never support or sanction another – was taken from an Armistice Day sermon given in 1933 in New York by Harry Fosdick, called The Unknown Soldier. Harry Fosdick had been an army chaplain and had supported America’s entry into the 1914-18 war; his sermon was an apology to the men who had been sent to their deaths in World War One: ‘If I blame anybody…it is men like myself who ought to have known better. We went out to the army and explained to these valiant men what a resplendent future they were preparing for their children by their heroic sacrifices.’ He went on to ‘renounce war because of what it does to our own men’ and ‘what it compels us to do to our enemies’. ‘I renounce war for its consequences, for the lies it lives on and propagates, for the undying hatred it arouses, for the dictatorships it puts in the place of democracy, for the starvation that strikes after it.’ 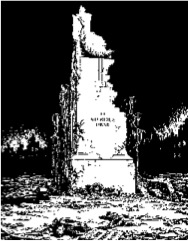 In Britain Canon Dick Sheppard was inspired by the Unknown Soldier sermon and in 1934 wrote a letter to a number of newspapers which eventually led to the founding of the Peace Pledge Union. Even before that Dick Sheppard had opposed the official Remembrance ceremonies and the Victory Balls held on November 11 in the 1920s. He succeeded in getting the balls moved to November 12 and he himself arranged the first Service of Remembrance in the Albert Hall on Armistice Day. In 1927 this was taken over by the British Legion in conjunction with the Daily Express, the origins of the present British Legion Festival of Remembrance at the Albert Hall, which is now dominated by the armed services and their relatives. A few years later Dick organised a peace gathering in Trafalgar Square at Remembrance time and similar alternative (non-military) Remembrance ceremonies were held during the 1930s.

By this time public engagement in Armistice Day ceremonies declined, but as the likelihood of another war grew, renewed criticism of what many saw as militaristic values embedded in official Armistice Day celebrations, became more common. It was in this climate that the white poppy emerged as a challenging and insistent symbol for peace without violence.
The idea for a white poppy arose from the concerns of the wives, mothers, sisters and lovers of the men who had died and been injured in World War One. Increasingly aware of the likelihood of another war, they chose this symbol ‘as a pledge to Peace that war must not happen again’. In 1933 the Women’s Co-operative Guild distributed the first white poppies. The following year the PPU joined with the Guild and later took over the much enlarged distribution as Europe once again headed to war.”

The declaration of war in 1939 put a stop to Armistice Day ceremonies. The failure of the First World War to achieve anything of significance was too obvious. Remembering the ‘Glorious Dead’, who gave their all to save future generations from war, would have sounded false even to regular Armistice Day attenders.

Armistice Day turned into Remembrance Day after World War Two and moved to the Sunday nearest to 11 November. Its original significance – helping millions of bereaved to deal with the loss – had long ago turned into a sentimental get together. Now the many more millions of war dead gave the renamed Remembrance Day some renewed poignancy, though the fervent hope of 1918 for there to be no more war was absent in the more sceptical and less innocent post 1945 world.

In the years following the Second World War interest in Remembrance Day faded as people got on with their lives, though world affairs cause occasional ‘revivals’. In 1961 for example – the year when Britain’s first Polaris submarine with its nuclear missiles sailed into Holy Loch, the USSR detonated a 54 megaton hydrogen bomb and Britain secretly gave Israel the means to produce nuclear bombs – Vera Brittain, a long time member of the PPU, called on people to attend an alternative service of Remembrance in Trafalgar Square: she called for an emphasis on reconciliation and dedication to a peaceful future.

So why are traditions so heavily defended? It seems Remembrance Day was hijacked from the original Armistice Day as soon as another business opportunity presented (WW2). Is war a tradition in itself, an overpriced enterprise shrouded with other traditions to distract from the truth of the matter? It is this kind of unquestioning commitment to traditions, inflexible beasts, that leads to war in the first place. There is always talk of times changing but it would seem the patterns of behaviour don’t. So what is being learned if nothing but the date and weapons change? Why isn’t it the tradition to settle differences like adults rather than the current approach of a posturing teenager? Taking something by force from a weaker party is the action of a bully is it not? But we go to war for “good” reasons don’t we, to protect the weak? Perhaps now we draw closer to the reason for all the hype?
Perception and reality¬ have a symbiotic relationship. One does not exist without the other. Two realities can be simultaneously “true”, depending on the perspective of the viewer. Perspective is at its core a choice. What are our choices based on; solid, unbiased information or propaganda from the mouths of those with something (a financial fortune) to gain? If we believe that the only/best course of action is war en masse then that becomes reality as our ability to even spot peaceful solutions is impaired when we are not looking. What sense does it make for our children to be taught everyday in government approved schools that violence is not an acceptable solution to problems, when the same governments then go around declaring war on weaker countries? Do as I say not as I do..? Since when has this approach ever worked? Maybe I’m oversimplifying but to me that’s just plain hypocritical.
When it comes down to it, we go to war to line a rich man’s pocket. When deployed on operations, there is only one reason courage holds out- the loyalty to and faith in the man next to you. The rest is irrelevant. That is where the truth can be found. Not on cinema screens, magazines or fiction, however poetic it might be. If war is a genuinely rewarding practice why does it need such heavy handed religious and social doctrines and propaganda campaigns to justify and cajole subscription to it? Destruction may be the easier path to walk down, allowing us to unleash and vent all the worst traits of ourselves, seemingly by utilising the very best of us as justification. Sooner or later this downward spiral of destruction, by its very nature, will destroy those who inflict, enforce or otherwise live by it’s principals. Peaceful solutions may require more creativity and effort, but this cycle rather than consuming its patrons, elevates them through an evolution in understanding-of cultures, of problems, of themselves. Beyond the heavy clouds of bitter grief, lay the warming rays of understanding. Their heat unknown to so many, once felt can burn away any cloud. If we wish to go any further as a species we must evolve our understanding and consciousness. We must rise above the excuses for war and keep in mind the bigger picture- in the end there are no victors in war, only losers.