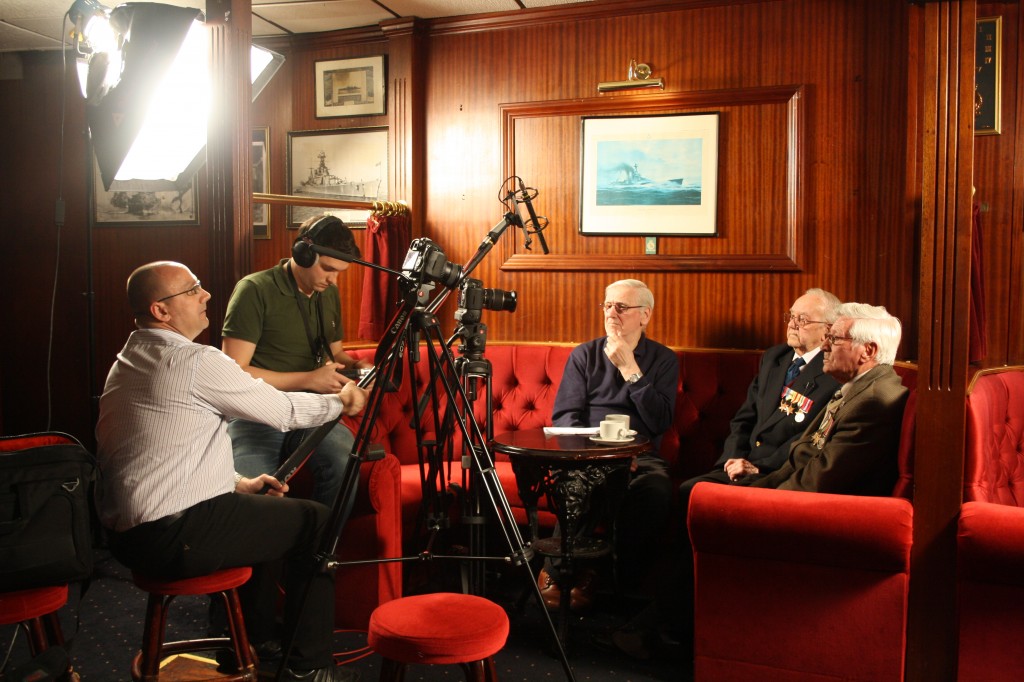 On the 11th of April 2013 a crew of five went to Mariners Park to interview four of the The Battle Of The Atlantic Veteran’s. We arrived there about 09:00, with a lot of equipment, cameras, lighting, and tripod’s sound/audio so we arrived there early to set this equipment up. Our first interview was with VIP’S Phil at ten o’clock with Mr Neville Wade.

After finishing our lunch & setting up the equipment we then started the third interview with Mr John Dennett, again with VIP’s Phil doing the interview. The interviewers got some interesting stories out of the veteran’s, some good some bad. After we have finished third interview we then went onto doing the last & final interview with (Captain) Mr Ronald Pengelly who is the head of Merchant Navy association for seamen. The stories that the veterans told us from when they joined their service during the second world war, some were good & some were quite moving. If it wasn’t for these veterans, the sea’s would of been taken off by the Germans. I salute them.