Home > Veterans in Practice > Not About Heroes – Review

Not About Heroes – Review

Alan and I stayed for the whole performance of “Not About Heroes” and had a little discussion about it over a drink in the bar later.  To be truthful I have never been interested in the Great War Poets in the past but looked up Sassoon and Owen in Wikipedia and tried to find a book in the local library, no luck all out on loan.  The play has awakened my interest. 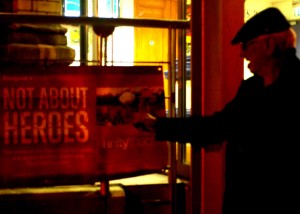 Having seen a photograph of Owen, there’s a good resemblance by the actor playing him and I enjoyed the play.  I can’t comment on the likeness to Sassoon but both actors came across as real Army Officers, the sort to be honest I would have disliked if I had served with them.  Sassoon, privileged and an officer because of his background and Owen because his father had worked hard on the railways to help pay for his sons education. Owen has local connections to North West because of his father’s job on the Railway and for a time lived in Birkenhead and Tranmere, he was also commissioned into the Manchester Regiment.

Owen seems a reluctant soldier though I read he had considered joining the French Army at the outbreak of hostilities.  I wonder what eventually made him join up, over a year after the War started in October 1915, conscripted or was he too short initially?  He was Commissioned as a 2nd Lieutenant into the Manchester Regiment in June 1916 after Officer training with the Artists Riles.  In a letter to his mother, he was not impressed with the troops he commanded calling them “Expressionless Lumps”!  I wonder what the battle hardened lads of the Manchester Regiment thought of the stuck-up little Officer from Shropshire?  He didn’t last long in France on his first trip in 1917, he was concussed after “falling” into a shell hole and later blown up by a mortar that killed another officer.  After which he was sent to Craiglockhart War Hospital for Officers suffering from “War Neurosis”, I wonder what happened to the troops and Non-Commissioned Officers suffering from “Shell Shock”? 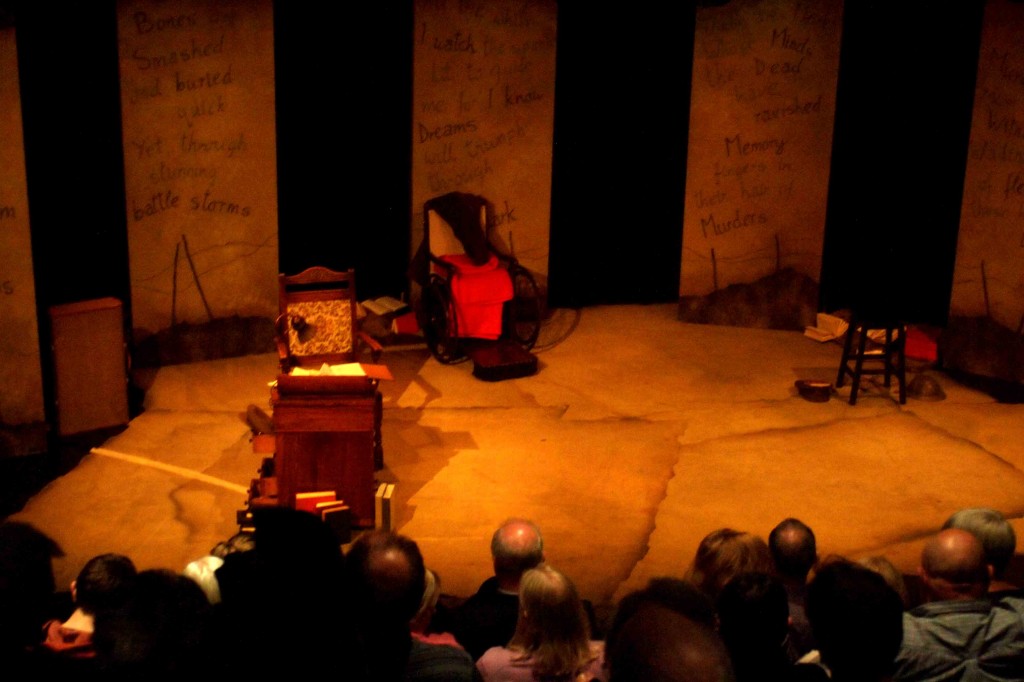 Convalescing at the hospital near Edinburgh Owen first meets and is overwhelmed by Sassoon.  These first meetings, subsequent correspondence between them both and Owen’s mother forms the dialogue for the play, first shown in 1982.  Sassoon fought with distinction until 1917, when disgust with the war leaders led him to refuse further service.  He had been being shot in the head by one of his own troops so I can’t critise him for surviving when so many others did not.  Sadly Owen was killed on the 4 November 1918, almost to the hour a week before the end of the “War to end all Wars”?  Both Officers were awarded the Military Cross and on his death Owen was promoted to 1st Lieutenant.  His mother sadly received the telegram notification of his death as the bells of Victory rang out.  It was some months later that Sassoon found out about Owen’s death.  On first publication of Owen’s poems they were not popular but he is now highly regarded as a War Poet, the play made me want to read some of it.

Not About Heroes is showing at the Unity Theatre http://www.unitytheatreliverpool.co.uk/whats-on/not-about-heroes.html