The Simplicity of Truth

The Simplicity of Truth was produced in collaboration with Mark Storor, ViP and Everton in the Community’s mens health group, following the work of a previous project, The Barometer of My Heart. 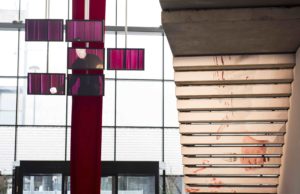 Through creating the space for more open, frank discussion, collaborative exploration of differing perspectives and thinking critically about how we apply these lessons to day to day life, The Simplicity of Truth challenged the strangle-hold of the current masculine dogma in stunningly parallel opulence. By allowing men to redefine expectations on, and for men today, to those more suitable for the individual and indeed more conducive of harmony in our society as a whole, the work asks and address’s the question of what it means to be a man today. 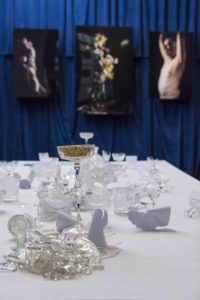 Simplicity principally sought to extend these inherently valuable spaces (created by the workshop process) to more men, masculinity being a particularly relevant and poignant topic with males suicide rates being around 3 times that of women at time of press. The means by which we achieved this was split across a series of events including: live performances in the FACT connects space by various men, condensed, open call workshops, open to any and all men, workshops for previously establish groups of men and a taster day where different mediums were used to contemplate masculinity by men women and children alike. 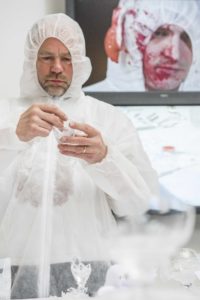 Highlights included a live performance on Light Night as part of the exhibition, which was seen by around 8,000 people, various men performing at the crystal table (including the director of FACT, Mike Stubbs- click here to read his blog about it).