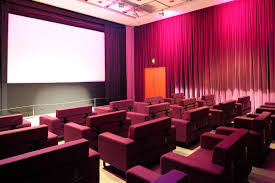 Each month ViP hosts a free film club for all veterans, as well as their families and friends, here @ FACT. The group select genres, programme relevant films from them and produce short trailers to introduce each film throughout the year. With some gentle discussion afterwards about the themes and quality of the film it is the perfect introduction to FACT and ViP for those who are a little tentative about getting involved in the arts. In this section you can view the trailers we’ve made and read some reviews of films we’ve screened and some that our members saw here outside of ViP’s Film Club: